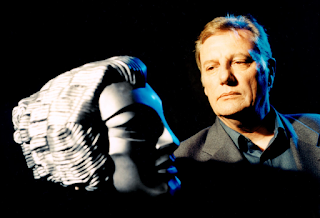 Paul Darrow was part of the Magic Bullet team from the beginning, first reprising Avon in the independent audio “The Logic of Empire” and later taking the central role of Kaston Iago in the Kaldor City series. Here is Alan Stevens’ tribute to someone who will be missed by all:

“Paul Darrow died this morning. A very dear friend and outstanding actor who never quite appreciated his own worth. A true hero, never to be forgotten.”
Posted by Fiona at 09:06