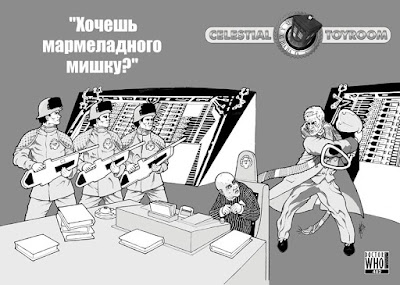 Also new online: Fiona Moore's obituary for Scott Fredericks from Celestial Toyroom is now available to read in the People Section.
Posted by Fiona at 10:42

New article up this month: 38 Stupid Things About Mawdryn Undead (and 12 Cool Ones). From a time when Class wasn't the only unwatchable serial about an alien in disguise as a schoolboy at a British school with an ex-companion of the Doctor's as a teacher.