As a holiday special, we're making available an online-only version of the Interview with David Graham which appeared as an extra on the CD of "The Mechanical Planet" Magic Bullet produced for Vworp Vworp! issue 3. This version contains extra foul language from the Mechanoids, so listeners of a sensitive disposition are advised to take care!

In memory of Scott Fredericks, we've uploaded the short story "Skulduggery", set between Occam's Razor and Death's Head and featuring Carnell at his best. 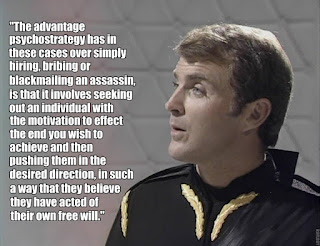 All of us at Magic Bullet were very sorry to hear of the death of Scott Fredericks, who played Carnell in the Kaldor City series (reprising a role he first performed in Blake's 7). Scott was a good friend and supporter of Magic Bullet for many years, and he will be very much missed. Read the obituary on Irish Equity's webpage here.
Posted by Fiona at 05:21

Who was Debbie Watling? By Alan Stevens 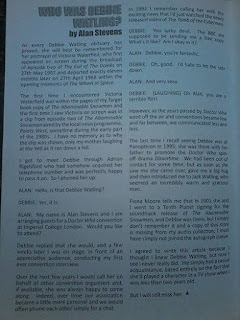 Click to embiggen. Read more in the latest issue of Celestial Toyroom!

Email ThisBlogThis!Share to TwitterShare to FacebookShare to Pinterest
Labels: Doctor Who, Interviews

That is all. Photo credit Daniel Dern of File770. 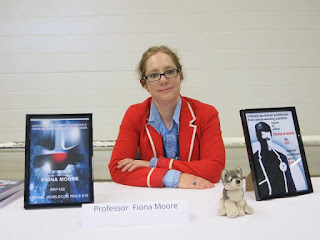 A Message from Peter Miles

A message from Peter Miles:

"To all my wonderful fans: I, proudly, and with much pleasure, give you my very special news!
I'd love you to give your support to me one evening this autumn (date to be announced) as I am starring at the famous Music Room in the lovely Pizza Express House called The Pheasantry at 152 Kings Road, Chelsea, SW3 4UT.


I shall be the compere, and producer, and principal singer of really great songs from the United States, with my superb quintet band led by a true living legend, both in the UK and the USA, DUNCAN LAMONT.

Plus! My guest singer is a former James Bond girl, 007 being Roger Moore.

Also, in the interval, I shall be giving away (free!) signed photos of myself in Doctor Who on TV.

You may e-mail me personally (petermilesjazz@yahoo.co.uk) or book online at www.pizzaexpresslive.com or call 020 7439 4962 (10 AM to 5 PM) or pay at the door on the night (do please wait till I know the exact date this autumn).

With many good wishes to all of you,

This is the gorgeous Magic Bullet advert which appears in Vworp Vworp! Issue 3. We think it's too good not to share, and we think you should share it too! 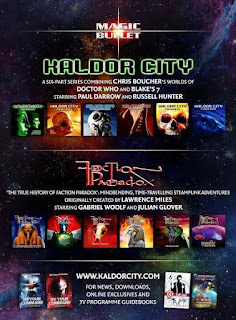 
Also at The Doctor Who Companion, this fantastic review of The Mechanical Planet! If you haven't bought Vworp Vworp! yet, what's stopping you?
Posted by Fiona at 03:51

It's Vworp Vworp! Week on The Doctor Who Companion website, including an exclusive new interview with Alan Stevens. Check it out here.

Fifty Things About The Concorde

This month, our 50 Things... reflects all the wonders of Davison-era Doctor Who: obsessing about aviation and dinosaurs, Anthony Ainley dressing up, and altogether too many supporting characters. Tune into Time-Flight, for footage of vintage 1980s Heathrow and many pointless Concordes!
Posted by Fiona at 07:26

Kaldor on the Box

The Blue Box Podcast Episode 247 interviews Dylan Rees, author of "Downtime-- The Lost Years of Doctor Who", who has this to say about Kaldor City:

"Kaldor City is an audio series, by a company called Magic Bullet, which is set in the world of Chris Boucher’s Doctor Who... so it involves “The Robots of Death” Commander Uvanov, a character called Kaston Iago played by Paul Darrow, it's got Carnell from an episode of Blake’s 7 and it almost sounds like, what we’d call now, the ultimate fanwank, but it is one of the best things to be made related to the Doctor Who universe.
It’s funny, it’s action packed, it’s a gripping six CD story... it’s an incredible production, and I’d never hear it until I did this book, and I wasn’t even going to cover it. I was like, “I’m sure they did like two CDs and that was it..” and then all of a sudden I found it and I was blown away.
So my one recommendation out of anything that comes out of this book is that you have to find Kaldor City and their follow up Faction Paradox."

The True History of Magic Bullet

Obverse Books have just released the wonderful volume Downtime-- The Lost Years of Doctor Who by Dylan Rees, a history of the Doctor Who audio and video spinoff industry which sprang up during the 1989-2005 hiatus. It's got a lot to please fans of Magic Bullet productions, featuring interviews with key players and behind-the-scenes stories about making Kaldor City and Faction Paradox audios. Click the link above to order your copy and learn all the secrets!
Posted by Fiona at 02:25

The Vworp Vworp website is now live, with lots of exciting preview material, and a page where you can order your own copy, complete with a free Dalek audio by Magic Bullet! Click the link above.
Posted by Fiona at 08:36

Email ThisBlogThis!Share to TwitterShare to FacebookShare to Pinterest
Labels: CD News, Doctor Who

Check out the cover images for "The Mechanical Planet"-- regular cover, vinyl variant, and ultra-rare Japanese variant! All three will appear as free giveaways with Vworp Vworp! Magazine-- follow our Facebook page for updates on how to order. 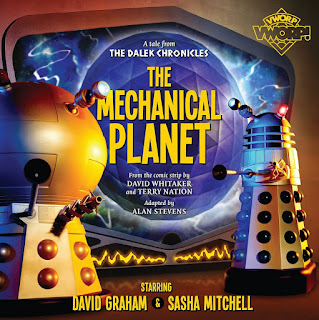 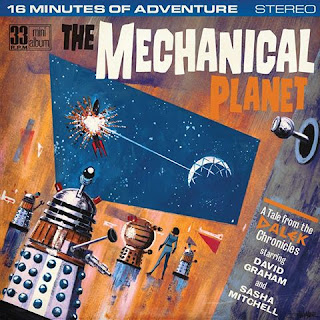 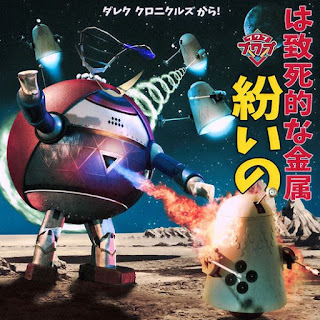 An exclusive preview clip of our new Dalek audio, "The Mechanical Planet" can be heard at this link. The CD will be available with the upcoming zine Vworp Vworp! 3; watch this space (and follow our Facebook Page) for details of how to order.
Posted by Fiona at 07:41

There's an academic symposium featuring Alan Stevens, Fiona Moore, and David Howe and Sam Stone of Telos Publishing, among others, at Lincoln on March 19 this year. Free for students; the low price of £10 for everyone else! Download the attached poster for details of how to book. 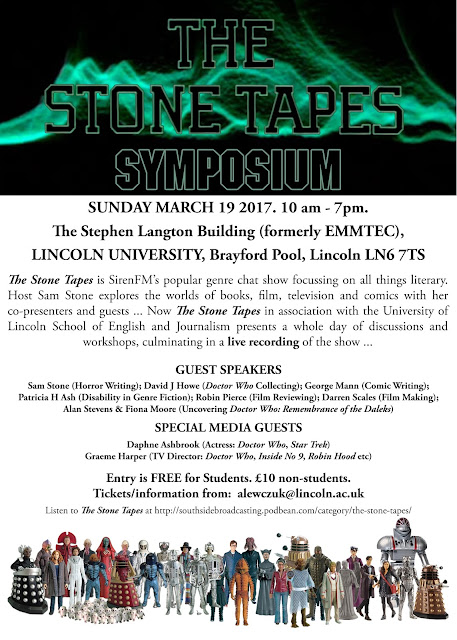 Now we can reveal that the new issue of the celebrated zine Vworp Vworp! will contain a bonus Dalek audio story, The Mechanical Planet, starring voiceover legend David Graham and Blake's 7's Sasha Mitchell. And not only that, it's adapted by Alan Stevens and directed by Alistair Lock, with Phil Stevens, Gareth Kavenagh, Steven Allen and Fiona Moore all involved with the production! 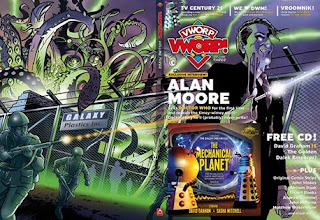