Here is another amazing and absolutely free publication from the Doctor Who Appreciation Society!
Alan Stevens would like to send his thanks to Colin Brockhurst for photo enhancement and also to editor Paul Winter for allowing him to write an eleven-page blockbuster article on Eric Saward's Dalek adventure for the Sixth Doctor.
The final transmitted version is compared to earlier drafts and it most certainly is a revelation!
Jobel is missing, more interplay between Orcini and Bostock, the Doctor slaps Peri and there's an extra twist to Kara's plan for galactic conquest.
Please click here: http://www.dwasonline.co.uk/ 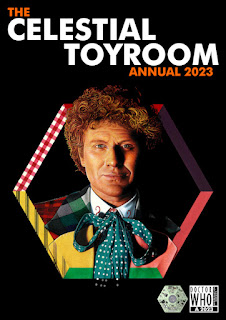